In the 20 years of the digital revolution, hundreds of professional cameras have come out in photography. Are there really not a couple of pearls among them that are suitable for work today? I will reveal a couple of dozen secrets. Try not to miss them.

I will not reveal a secret that the first experiments are best done with minimal losses and maximum learning / earnings opportunities. At the same time, it is necessary to immediately outline the range of tasks that old professional cameras with a ridiculous purchase budget of $20 -120 can solve. Want to read on? Many digital cameras of the early 2000s were breakthrough masterpieces. $1500 in 2001 (! those are “those” bucks) was the price of a super-rapid Olympus E-100RS. Now you can find it for $100. The steepness and originality of the execution of the case are worthy of a collection. File size in 1.5 m.p. will make it possible to print 10×15 cm. The lens had a modest today, but then a chic range of 38-380 mm. There was also a stabilizer. 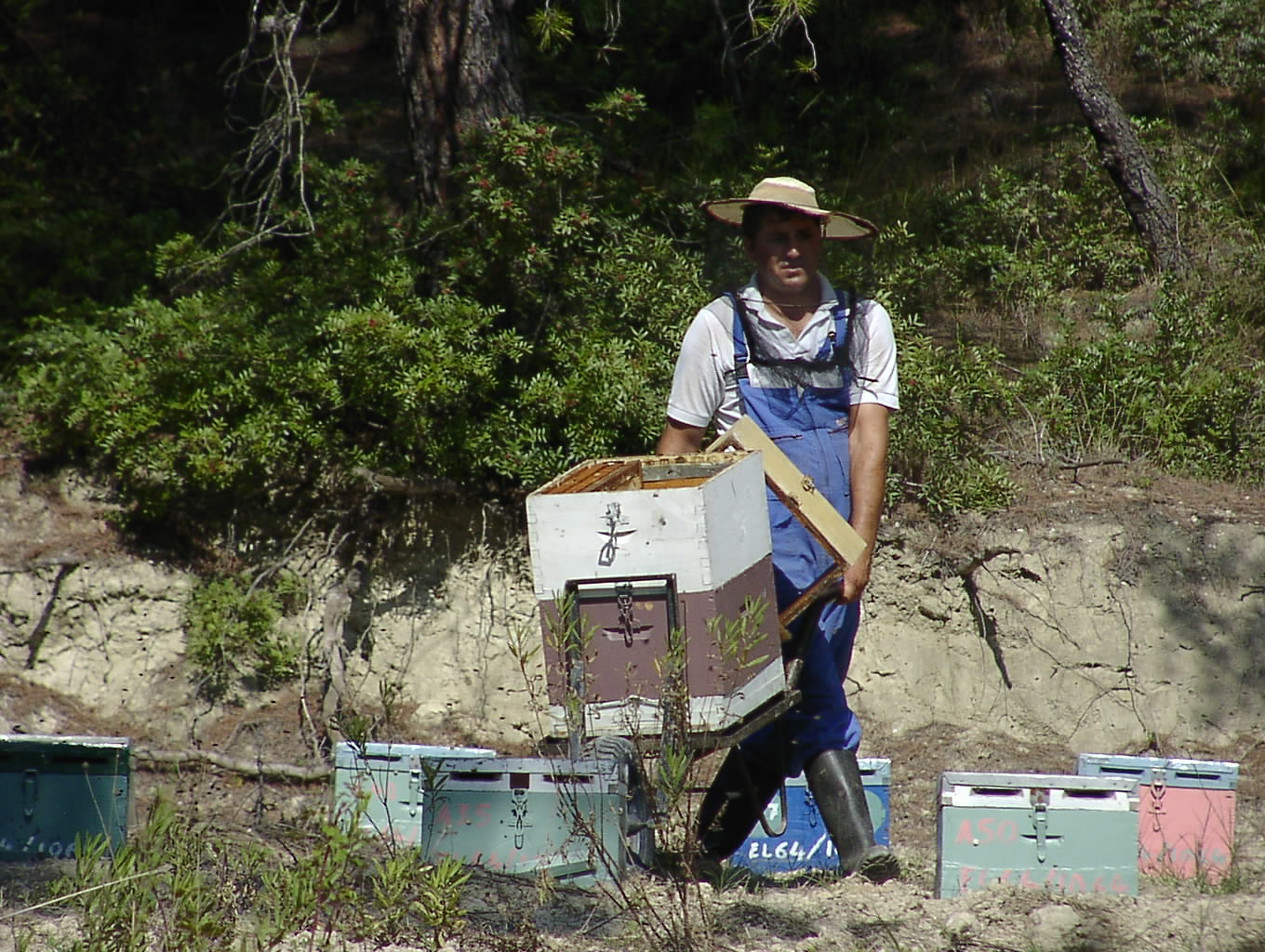 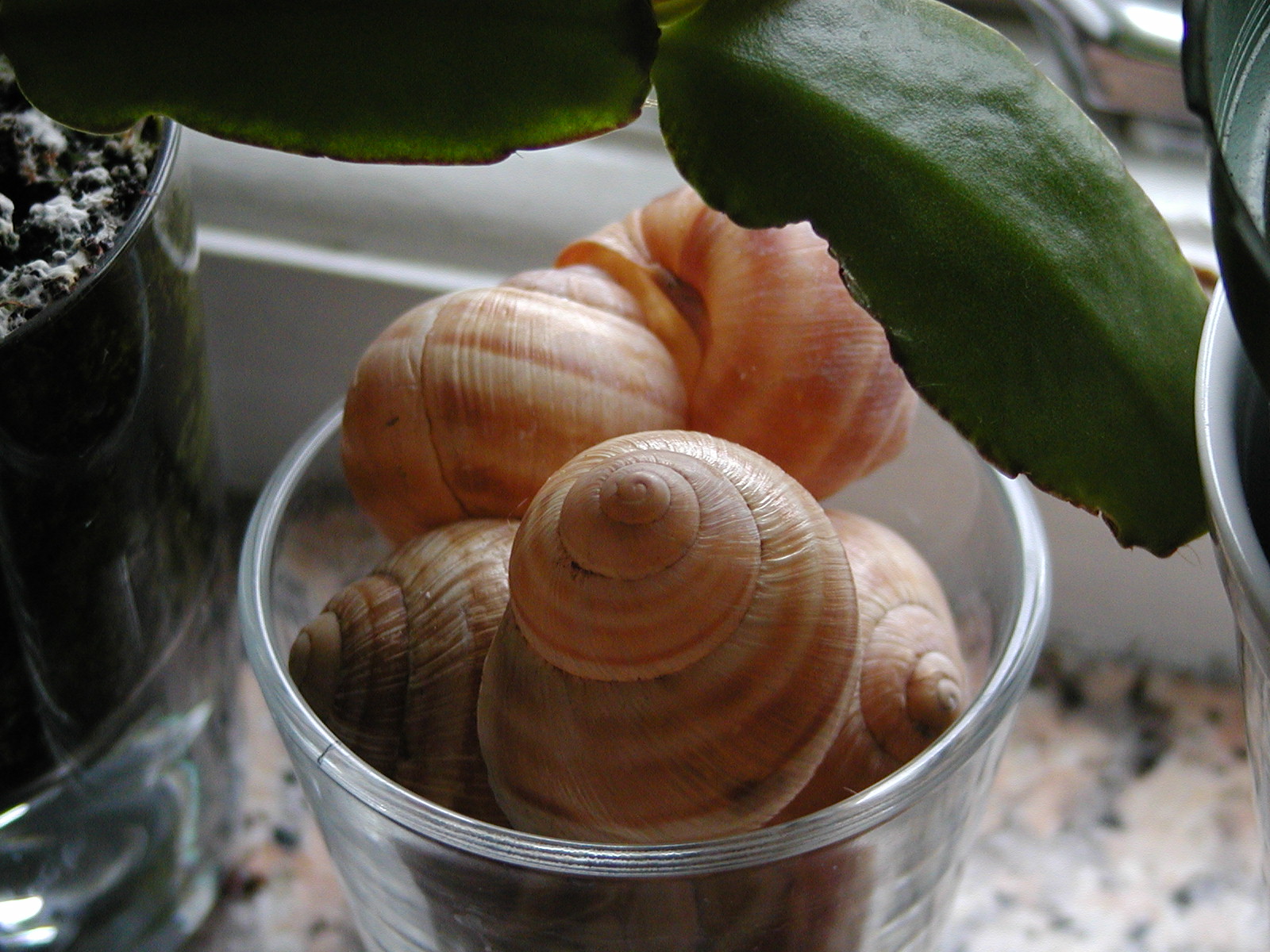 However, jokes aside. It is unlikely that the reader will be tempted by collectible cameras for practical exercises. But even among low-megapixel cameras there were masterpieces that even today I want to work for the soul.

The Panasonic Lumix DMC-LC1 had a masterpiece LEICA DC VARIO-SUMMICRON lens and a 5 megapixel sensor. In fact, this camera was a clone of the Leica Digilux 2. It’s hard for me to remember the cost of these cameras back in 2004. It was something around $2000. Now this camera can be found somewhere for $200. Being the proud owner of a DMC-LC1

This is beyond the budget of the discussion, but the honor of the samurai could not remain silent. As additions to the camera, a wide-angle attachment, a macro lens, and a dense filter for shooting in the sun were sold. 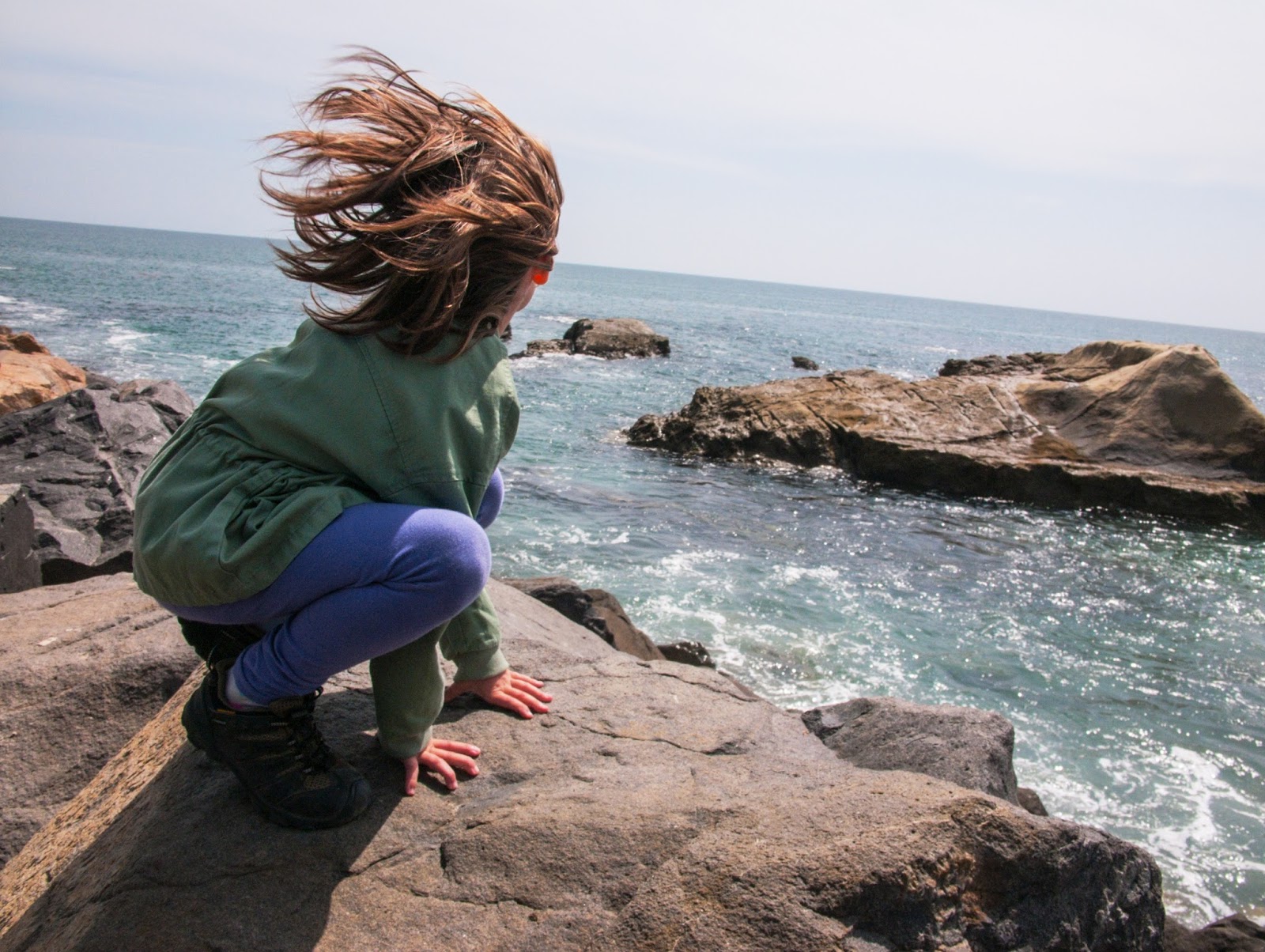 Thanks to the excellent 5 mp LC1 lens, the 6-8 mp of slightly later cameras were quite good, moreover, if you know the word “SUMMICRON”, then questions about the “drawing” disappear. A little later, Panasonic released the DMC-L1 camera with a Vario-Elmarit interchangeable lens. But I do not consider this device something interesting. Elmarite is Elmarite. 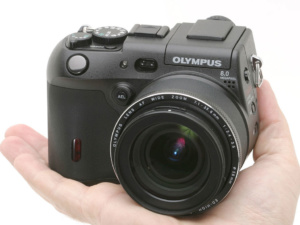 of those distant legendary times was the  Olympus C-8080. Its lens gave out excellent colors, and the matrix read 8 megapixels.

But the lens was with an electric zoom (zoom) and this feature was alarming. In the year of release, the camera cost about $800. 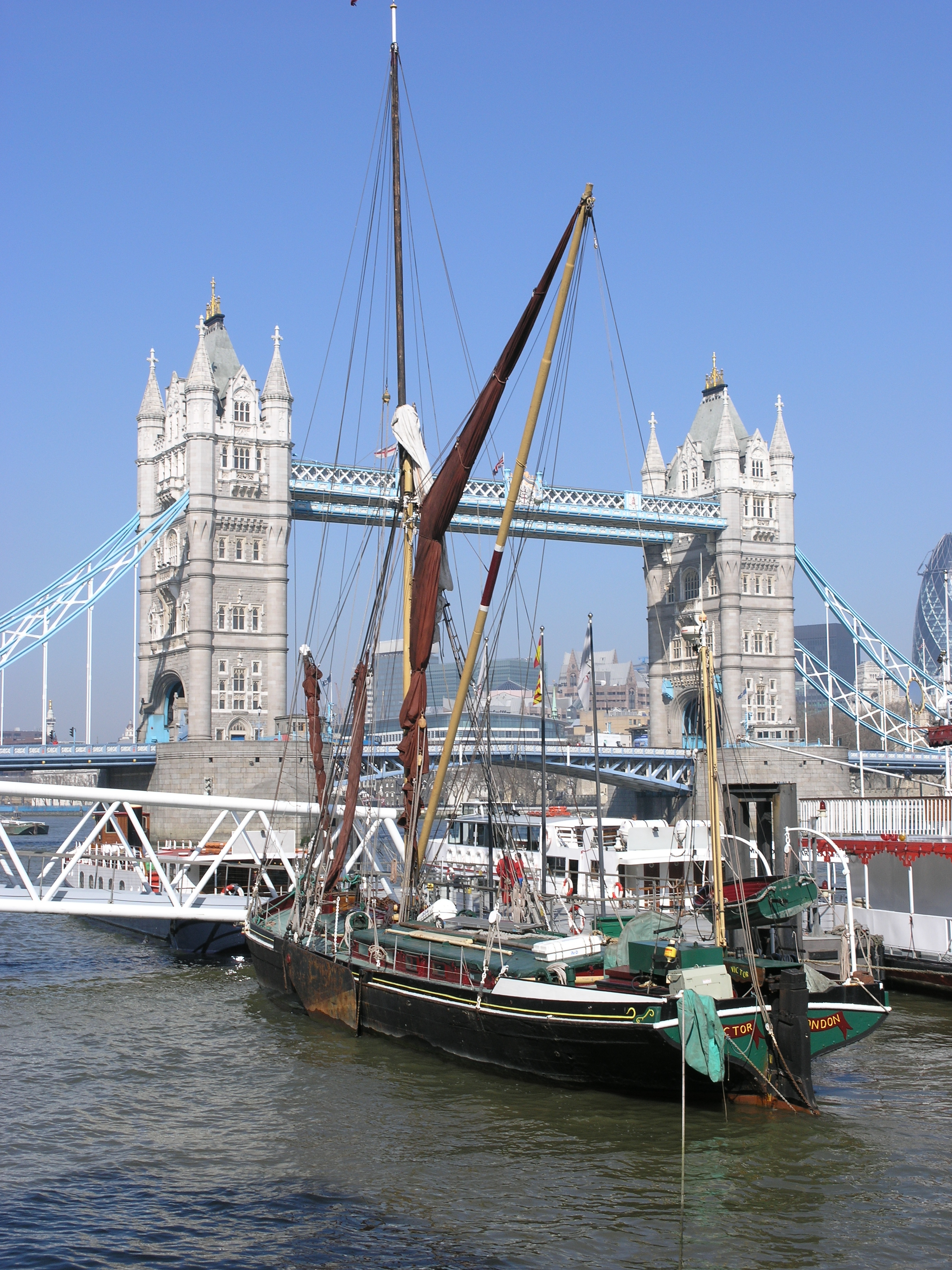 The C-8080’s direct competitor was the   Konica Minolta Dimage A200. Working with this 8 megapixel camera (2/3″) I made a lot of illustrations and covers. By the way, now this camera costs about $45 on Avito. The camera made it possible to make exposures up to 30 seconds, this gave me the opportunities I needed when shooting with a light brush. 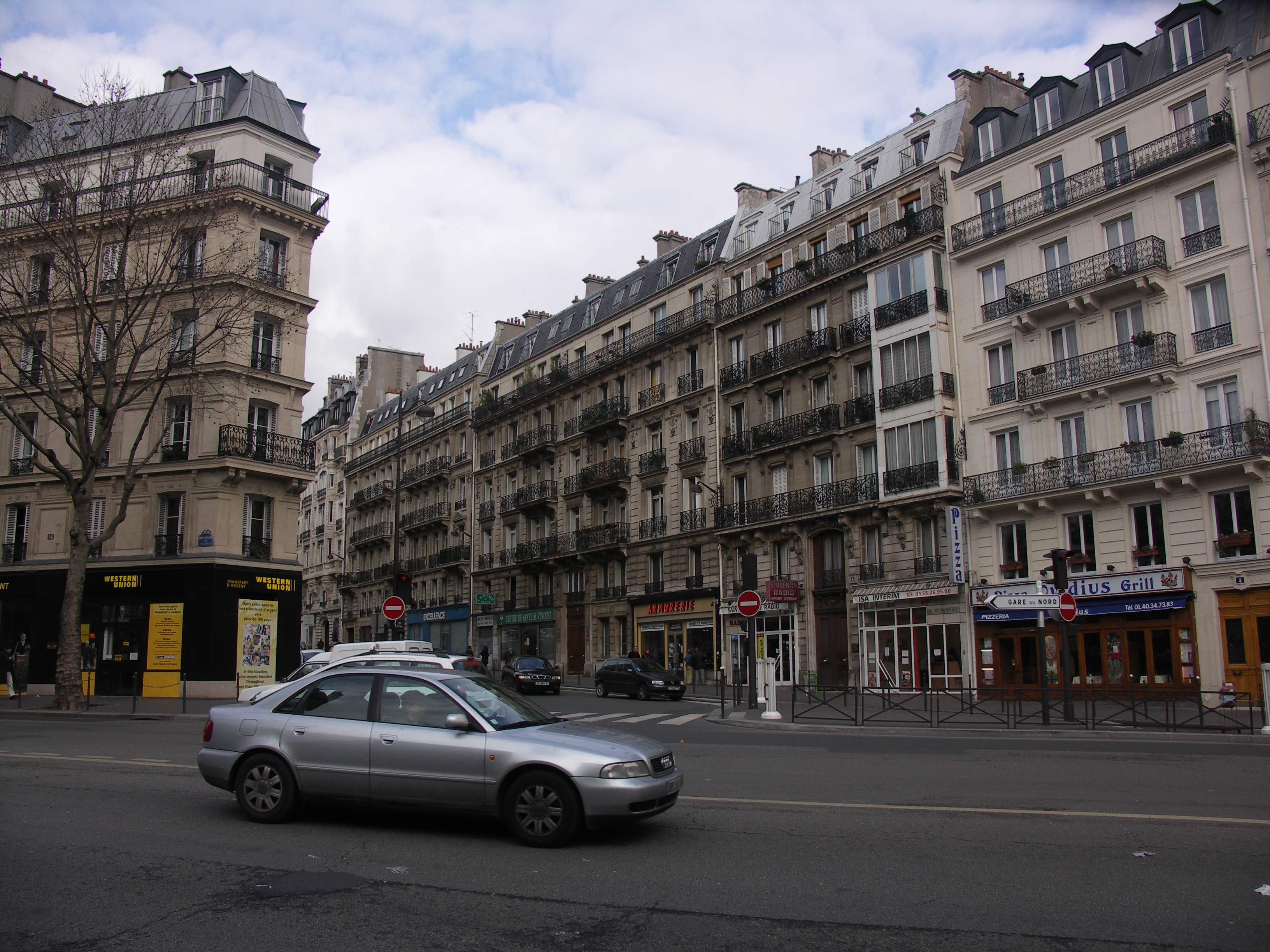 👐In the course of working with the presented cameras, I made some conclusions that I want to share. I think they are still relevant 17 years later.

👐 The viewfinder is a must have on a camera. It allows you to isolate your perception and see the image as we see it on the monitor or in print – large. Even the weak viewfinders of old cameras fully isolate our eyes from the outside world.

💭Decent electronic viewfinders can be considered those where there are about a million dots, and good ones are 2 million. Old cameras have 200-400 thousand dots in the viewfinders, but the purchase costs $25-$80, not $300-$500. At the same time, we have a product at the output: photographs.

About cameras with optical viewfinder 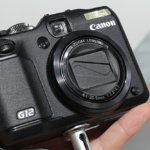 Among the fleet of old all-in-one cameras, there are interesting Canon devices with an optical viewfinder, for example, the powershot g12. Unfortunately, this type of viewfinder in this series is far from the size of a SLR camera viewfinder. It’s about like the 300k dots of an electronic viewfinder – just a general understanding of the frame. This is not enough. This is ascetic, but quite enough for all types of shooting, except for working with people. The reason is that you need to see the eyes, the direction of the gaze, the emotion, and at low resolution this is not easy. Although the photojournalists of the early 2000s quite cheerfully overcame this difficulty for work needs.

👐 The manual zoom   is generally more natural to use than the electric drive lever. Sometimes when shooting video, operators zoom in, but all amateur cameras get out of focus, and almost all give a twitchy image. Even in films with their budgets, zooming is used only when there is a great artistic need. Special lenses that allow you to change the focal length without losing focus are called varifocal . I have not heard of such lenses for cameras. The problem of shooting video on cameras has appeared recently. It’s time to take a step back. If you want to shoot video, then very old cameras are not recommended. Even the 12 year models have such a low bitrate that the image leaves much to be desired. Perhaps one of the rare exceptions I would call fujifilm finepix hs50exr . But the cost of this camera on the used market. starts from $100, which in my opinion is already the limit value of pleasant spending. The advantages of this camera include a common plus for the hs series – a manual zoom, a fairly modern electronic viewfinder with 900k dots and a wide-angle lens of 24mm (full frame equivalent). I note that 24 mm at a wide angle is inherent in the entire hs series. It means that 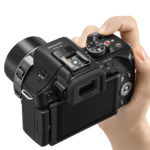 The first budget camera that impressed me with video quality was the Panasonic Lumix DMC-G5. But that’s another story – a story about cameras with interchangeable lenses. However, I will add that if you take this camera (8000) with a lens from Panasonic with a built-in stabilizer, then you can be quite satisfied for shooting in daylight street light in 2k. Just look at the tests on YouTube. A separate point is that the camera does not have advanced video settings and a microphone input, which appears in the next DMC-G6 model. 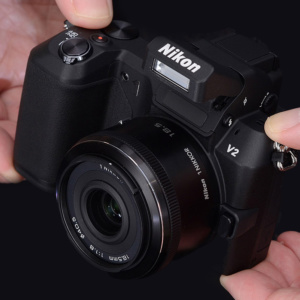 Family of cameras Nikon 1 with an inch matrix. Nikon 1 V2 has a viewfinder and excellent video recording, but still costs about $250 with a lens.

About the most important thing – lenses
for subject and interior shooting.

About subject photography. Any, absolutely any all-in-one camera is suitable for shooting relatively large objects: from cabinets to stools, from full-length to waist portraits and even close-ups of faces. Another thing is that for professional photographs of clothing details or shooting small objects, macro lenses or macro rings are used. The cost of such lenses in the secondary market starts at $140. But this is all a story about cameras with interchangeable lenses.

Macro photography on prosumer cameras. A working tool for macro photography can be macro lenses in the form of thick filters. Note that some cameras have non-standard threads. Sometimes the thread size does not match the size of the nearest macro lens being produced. To solve the problem, there are step-up adapter rings. 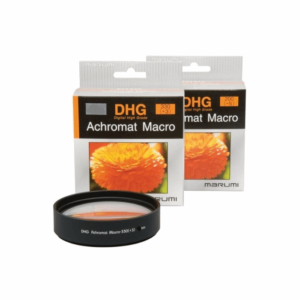 I heartily recommend not to spend money on cheap options, but to strangle the toad and purchase Marumi DHG Macro Achromat. But if you “money, take it easy”, then feel free to take any clean magnifying glass and attach it to the rim of an unnecessary light filter with superglue. This option is no worse than any macrolysis under $20. “Zataku” you will get a tool for creative experiments on flowers, etc. Or press the toad.

Among the old cameras there is an interesting thing for a novice interior photographer: SAMSUNG WB2200F . This camera does not have perfect video, but it has 2k, focusing on a solid 4 for its class, the viewfinder is so-so, but this is not about that. There is significant uniqueness.

The SAMSUNG WB2200F is the only all-in-one camera with a focal length range from indoor 20mm to 1200 telephoto. However, there is a significant downside. The camera only works in jpg. Thus, when photographing an interior, you should work ONLY making exposure bracketing and carefully monitoring the white balance. I note that interior photography is always carried out with an exposure bracket, i.e. several frames are taken with different exposures for gluing.

Cameras with 2/3″-1″ matrices have a variety of “megapixels”. My opinion is that these cameras give out real information at 9-11 megapixels and this is quite enough for excellent photos for web publications, cyan and even for printing.

Miracle in the price of the issue

I will reveal the price of the experiment clearly. Quite old cameras, like my mentioned Minolta or Olympus 8080 cost about $12-$35 in good condition. They do not have the wide angle needed for interiors, there is no video, and monitors and viewfinders are valuable only to collectors. However, these cameras please with thoughtfulness. More recent cameras can have focal lengths from 24 mm, which is already better, but still not enough for interior photography, except for photographing large rooms or fragments of small ones. And only two cameras have a wide angle of 22mm and cost $40-$100. These are SAMSUNG WB2200F and Panasonic DMC-FZ72. The real superiority of Panasonic is the best viewfinder and screen, exposure bracketing, in-camera HDR, the ability to shoot in RAW. As for the video, it is the same +/- so-so on both cameras and Panasonic 4K are purely nominal.

For those who want more specialized equipment, the path to kenon / nikon SLR cameras is open. There is also Sony, but the A-mount is no longer supported, and I would not dare to recommend cheap cameras on the E-mount.

In models like the canon 600d, the video doesn’t shine, and the price hovers around $110. To this should be added a wide-angle type Tamron 10-24mm, tamron 11-18mm or Sigma 10-20mm. Any of these lenses are used. condition starts at $130. However, I would not say that this is an excellent optics. Glare from lamps, loss of contrast against windows – all these diseases are inherent in them, but they cost more, and such a purchase is no longer an experiment, but the purchase of rubbish, which was either dropped or drowned, and then washed and sold. It remains to add that a wide-angle lens requires a normal (not whale) staffer, and it also costs money.

If you buy an old one and don’t understand, arrange a few days for a test. And for an expert assessment, I recommend contacting Emil at cifra-tech.ru.

As for buying prosumer cameras, their wear is always less than DSLRs. Most often, their owners do not photograph them). There is one more plus of old prosumer cameras over fresh models: if they have lived so long, then maybe they will still live?

Finally. We are all striving for something new. It seems like new is always better. But when you live with the industry for a long time, questions often arise. I will allow myself a few examples, and everyone will draw their own conclusions.

Total. You should not equate the survivability and quality of technology at the beginning of the era of digital photography and today’s plastic handicrafts of marketers.

May the Force be with you!

P / S / If you are a brave Jedi and are ready to get by with chic optics with a wide angle of 24 mm for the sake of a beautiful picture, then there is only one camera worthy of attention. 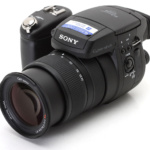